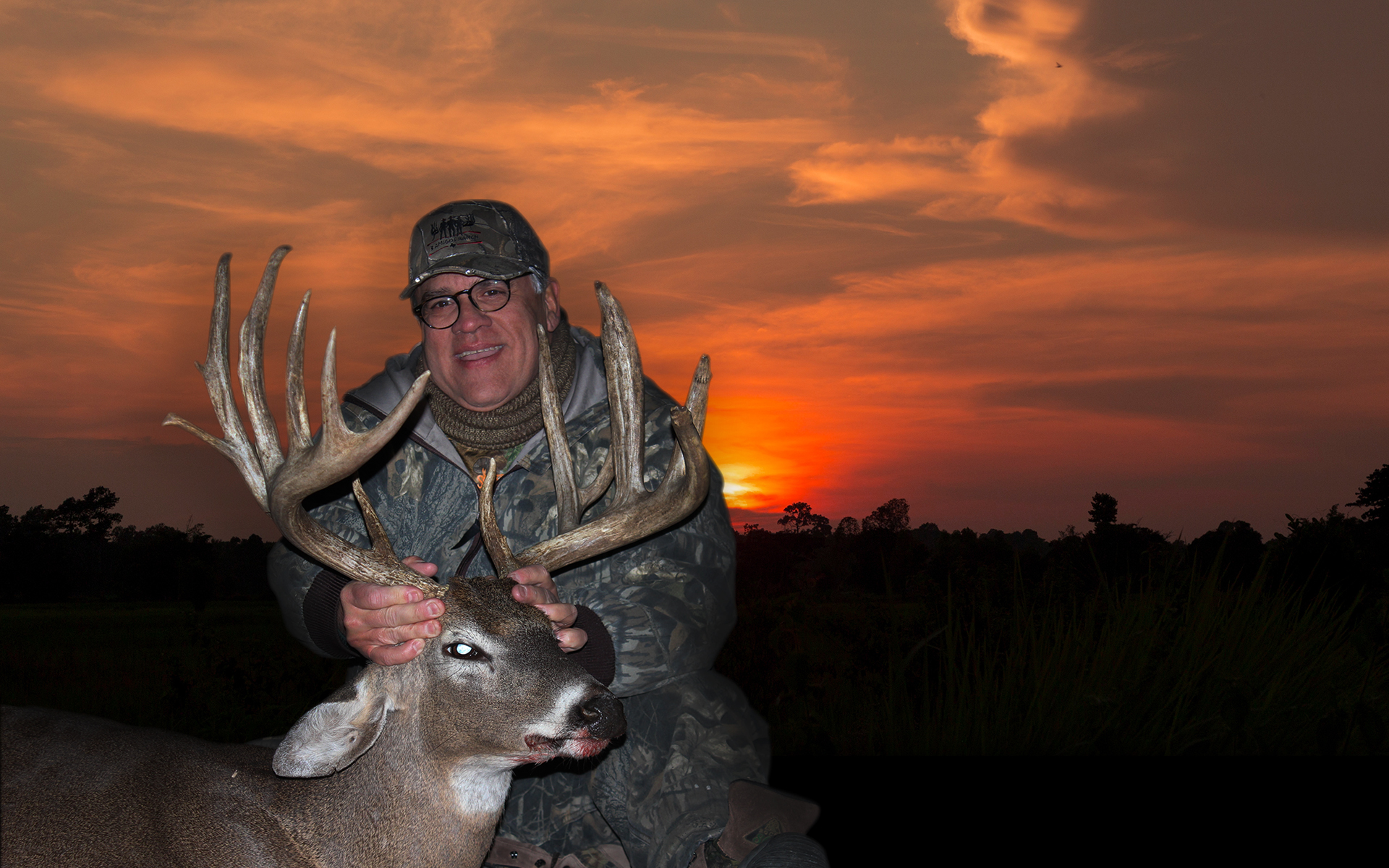 Book your Texas trophy hunt with 3 Amigos Ranch for $1000 Booking Fee. When you harvest an animal you will pay a Trophy Fee. Your trophy hunt includes an all-inclusive 3 days and 2 nights stay at our fully appointed lodge including meals and beverages with all the amenities of home. We will provide all transportation and guide service on the ranch. Your guide will dress and quarter your harvest. A local taxidermist is available at the hunter’s expense.

Tips are not included but are encouraged and greatly appreciated.

In the event that you are not presented with an opportunity to harvest an animal, your only expense is your $1000 Booking Fee. If an animal is wounded, 3 Amigos Ranch has met its obligation of a harvest and you will owe your Trophy Fee. The 3 Amigos will make every attempt to retrieve your wounded animal.

3 Amigos Ranch offers some of the most popular trophy whitetail deer hunts to be found in North Central Texas!  This is a challenging trophy whitetail and exotic hunting ranch on 810 acres covered with rugged terrain. You will find yourself surrounded by rolling hills, deep draws, meandering creek beds, mesquite, and huge oak trees.

Fellow hunters have been amazed at the massive number of magnificent Texas whitetail deer you will see on your hunt at the 3 Amigos Hunting Ranch. Clients from all over the world have experienced thrilling hunts of a lifetime here with us at 3 Amigos and you should expect the same.

Our hunters and guests generally plan to arrive at the hunting ranch between noon and 1 pm the date of your hunt. We will show you to your comfortable room and will have a brief meeting to introduce you to your Professional guide and we will go over the safety rules of the ranch with you. Prior to your hunt we will go to the range to ensure your rifle and/or bow is sighted in properly. The most popular and effective deer hunting rifle calibers should be no smaller than a .243 and the .270, .308 and 30-06 are the most effective for putting down a whitetail. Do not hesitate to contact us with questions about recommended hunting gear and weapons you should bring to be most effective on your deer hunting trip.

Our Professional Guides are here to assist you on your hunt every step of the way to ensure you harvest the trophy whitetail deer of your choosing.  We are a premier destination to hunt big Texas whitetail deer and the guides are what make it all happen. Whether you hunt with a bow or rifle, we have experienced guides, comfortable blinds and stands to accommodate all your hunt needs.

Our first-rate facility is family owned and operated by professional breeders, hunters and businessmen alike. We can accommodate hunters of all ages and experience levels. We strive to personally satisfy everyone from the novice hunter to the seasoned hunter or the Corporate Executives who visit our Ranch looking for the dream trophy deer hunting trip that will lead to harvesting a mature, exceptional trophy whitetail deer that only Texas can produce. And remember, since we are MLDP, we can offer opportunities for additional Whitetail deer or any exotic animal on the ranch. So this is not a one and done hunting ranch, we offer additional opportunities to extend your hunt to harvest some of your dream animals on the same hunt.

WHAT OUR CLIENTS SAY

The best reference is from a satisfied hunter

REQUIRED ITEMS FOR YOU TO BRING

We have committed ourselves to developing a superior whitetail-breeding program for stocking our ranch as well as supplying other deer breeders and ranchers looking to improve their whitetail hunting and deer breeding programs. Our foundation herd consists of the best available genetics from the most successful breeders in Texas. At 3 Amigos Ranch we are serious about our deer and know that we can help you improve both your deer breeding program and ranch deer herd. We have bred does, fawns and whitetail bucks available to enhance your whitetail program. Our door is always open and we invite you to call us anytime.

Did you know the Whitetail Deer (White-tailed Deer) is the most popular animal to hunt in the USA? The whitetail deer is a warm-blooded mammal found all across the great state of Texas. The deer support their diet by browsing on twigs, leaves, grasses, weedy plants, fruits and occasionally nuts. They typically live on the edges of woods and brushy areas. They have tan fur with white on their throat, on their belly and under their tail. When they run, they raise their tails like little white flags when they sense danger and to warn other deer in the area.

In the fall, the male deer, called bucks, begin looking for a mate. Fawns drop seven months later (sometimes it can be as early as April in South Texas and occasionally in May and June throughout the rest of Texas). Does keep their Fawns hidden for the first two weeks, but they begin to follow their mother as soon as they are able. Fawns have spots that help them hide and keep them safe from predators, especially in shady grasses and woods. Fawns will lose their spots as they get older. If food sources are plentiful, whitetail deer may produce twins or triplets!

Whitetail deer have a great sense of smell and acute hearing, but vision wise they lack depth perception.  Multiple studies have shown the interesting connection between moon phases and whitetail deer activity, particularly the position of the moon relative to the earth.  Whitetail deer are most likely to move and feed when the moon is both directly overhead and directly underneath the earth.  Have you ever had one of those morning hunts when nothing seems to move? If you check your calendar you will find that although the sun may be just coming up, you might be sitting at the wrong time in relation to where the moon is located that day.

No matter what region of Texas you are hunting, deer tend to traverse in regular patterns.  Whether they travel through a creek bottom or funnel through mesquite scrub, discover a food plot surrounded by cedar scattered foothills, or a leafy slough under a massive shady oak canopy, deer always seem to be traveling via one of the above channels.  Does travel considerably less than bucks and prefer to forage as close to as much cover as possible.  When the rut kicks into full gear and bucks are driven from their thickets, they move slowly through the best cover they can find. What better cover than the murky thicket of a meandering creek bed?

Hunting whitetail deer helps to keep the deer population in balance with its natural food supply. Many deer can now be found foraging in and around populated cities, where there are few predators and hunting is restricted. Currently the State of Texas has about 5.2 million whitetail deer!  So if you are looking for the most superb getaway for a thrilling Texas trophy whitetail deer hunting trip then 3 Amigos Ranch is the place to visit…You will be glad you did.